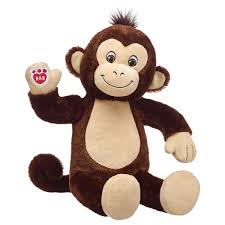 Xander was born on June 26, 2009, the third son of his loving parents, Shane and Sondra (Butler) Worthley. Although he was a homebody, Xander loved to be outside, jumping in puddles, riding his bike, or swimming in the pool, he could also be found playing mine craft on the computer or reading anime. He had plans on rebuilding his truck with his father Shane, he enjoyed bowling at Market Lanes in Potsdam with is brothers, and as a student at Canton Central, he hated to miss a day of school.

His memory will be cherished by his parents, Shane and Sondra Worthley, twin brothers, Kaden and Kolten Worthley; paternal grandparents, Mark Sr. and Doreen Worthley; maternal grandparents, Tim Perry and Robin Middlemiss; aunts and uncles, Mark and Jamie Worthley, Shannon and Matt Putnam, Sarah and Billy, Alicia and Ryan and Uncle Bud and Aleashia. Also surviving are many cousins and friends who will miss him dearly.

To send flowers to the family or plant a tree in memory of Xander, please visit our floral store.