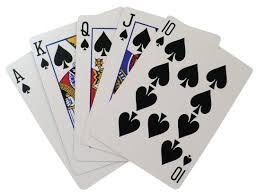 Herbert L. “Herbie” Enslow, 80, of Russell died peacefully on Sunday, March 22, 2020, he was in the comfort of his home, with his wife Carole by his side.

Herbie was born March 31, 1939 in Russell, a son of the late Howard and Dorothy (Basford) Enslow. He attended Knox-Memorial Central until the 8th grade but later earned his G.E.D. Herbie was a custodian at Knox-Memorial Central from 1977 until 1989 when the Edwards and Russell School Districts Consolidated, at which time he worked for Edwards-Knox until his retirement in 2001. On June 1, 1968, Herbie was united in marriage to Carole Hewlett. Prior to his time as a custodian, Herbie worked for Wayne’s Feed Store in Canton during the 1960’s and 70’s.

Herbie was affectionately known as “The Candy Man” to many in the area as he always had a confection to share. His other main hobby was playing cards, and he wasn’t scared to cheat to win, although, he wasn’t a good cheater and was usually caught. He also enjoyed taking walks, picnicking, eating ice cream, antique car shows, watching “wrassling’ “, and travelling to North Carolina to see their daughter, Deborah.

Herbie is predeceased by a brother, Theodore Enslow, a sister, Diane Holly and a nephew, Mike Holly.

In accordance with current guidelines and restrictions, a Celebration of Life will be held at a later time to be announced.

Contributions in lieu of flowers may be made directly to O’Leary Funeral Service, 5821 US Highway 11; Canton, New York 13617 or at www.olearyfuneralservice.com/payments to assist with Herbie’s arrangements.

Memories and condolences may be shared online at www.olearyfuneralservice.com. Arrangements for Herbert L. “Herbie” Enslow are under the care of the O’Leary Funeral Service of Canton.

To send flowers to the family or plant a tree in memory of Herbert L. "Herbie" Enslow, please visit our floral store.

Services are to be announced