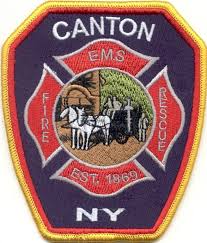 Elmer N. Votra “Jr.”, 90, of Canton, died on Wednesday, October 23, 2019 at St. Joseph’s Hospital in Syracuse. He was reunited with his beloved Norreen on their 71st anniversary.

Elmer was born on July 9, 1929 in Parishville, the son of the late Elmer Leo and Marion (Bush) Votra. He graduated from Parishville High School. On October 23, 1948, he was united in marriage with Norreen Andrews. She predeceased him August 16, 2013. Elmer was an avid truck driver for many years. First for the McCarthy Chicken Farm, delivering ice, he later went on to drive for Parish Oil, Pepsi Co. at Clinton’s Ditch and finished his career at Adirondack Asphalt at the ripe age of 80. Elmer was a hardworking, devoted husband and family man. He enjoyed playing softball, bowling, cutting fire wood and hunting. He was also a long-time member of the Canton Fire Department.

Calling hours will be held on Saturday, October 26, 2019 from 10:00 am until the time of his funeral service at 3:00 pm at the O’Leary Funeral Home, Canton. Burial will follow in the Fairview Cemetery, Canton.

Contributions in his memory may be made to the Canton Fire Department, 77 Riverside Drive; Canton, New York 13617 or online at www.cantonfirerescue.com.

Memories and condolences may be shared online at www.olearyfuneralservice.com. Arrangements for Elmer Nelson Votra are under the care of the O’Leary Funeral Service of Canton.